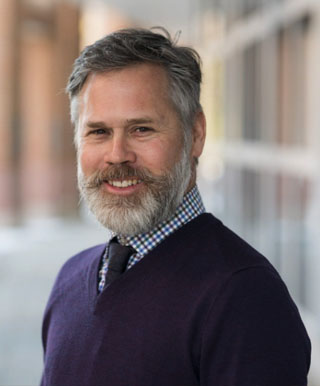 Matt Garcia is Professor and Chair of Latin American, Latino & Caribbean Studies, and Professor of History at Dartmouth College.  He previously taught at Arizona State University, Brown University, University of Oregon, and the University of Illinois, Urbana-Champaign. He is the author of A World of Its Own: Race, Labor and Citrus in the Making of Greater Los Angeles, 1900-1970 that won the award for the best book from the Oral History Association in 2003. His book, From the Jaws of Victory: The Triumph and Tragedy of Cesar Chavez and the Farm Worker Movement, won the Philip Taft Award for the Best Book in Labor History, 2013.  He is the co-editor of Food Across Borders with Melanie DuPuis and Don Mitchell published by Rutgers University Press in 2017.  Garcia served as the outreach director and co-primary investigator for the Bracero Archive Project, which received a National Endowment for the Humanities Grant in 2008, and was the recipient of the Best Public History Award by the National Council for Public History in 2009-2010.  He is owner of Taste for Good Farm in East Thetford, Vermont.